The 1970s: Believing in the power of youth and technology

Macnica was founded by a handful of friends while earlier established companies dominated the industry. Using the creativity of the youth as a weapon, challenging at every opportunity and learning as a result, the young company acquired distribution contracts with premier suppliers. The management policy of valuing product sales and technical expertise equally laid the groundwork for Macnica’s future directions.

Japan Macnics Corporation was established in Setagaya-ku, Tokyo with the primary purpose of selling electronic devices.

Era and management style I:

A management style centered on solidarity and cohesiveness

Committed to results as a means of supporting the company in its earliest stages of development, then-president Haruki Kamiyama adopted a strategy of building technical strength with overwhelming centripetal force.

Era and management style I:

A management style centered on solidarity and cohesiveness

Committed to results as a means of supporting the company in its earliest stages of development, then-president Haruki Kamiyama adopted a strategy of building technical strength with overwhelming centripetal force. 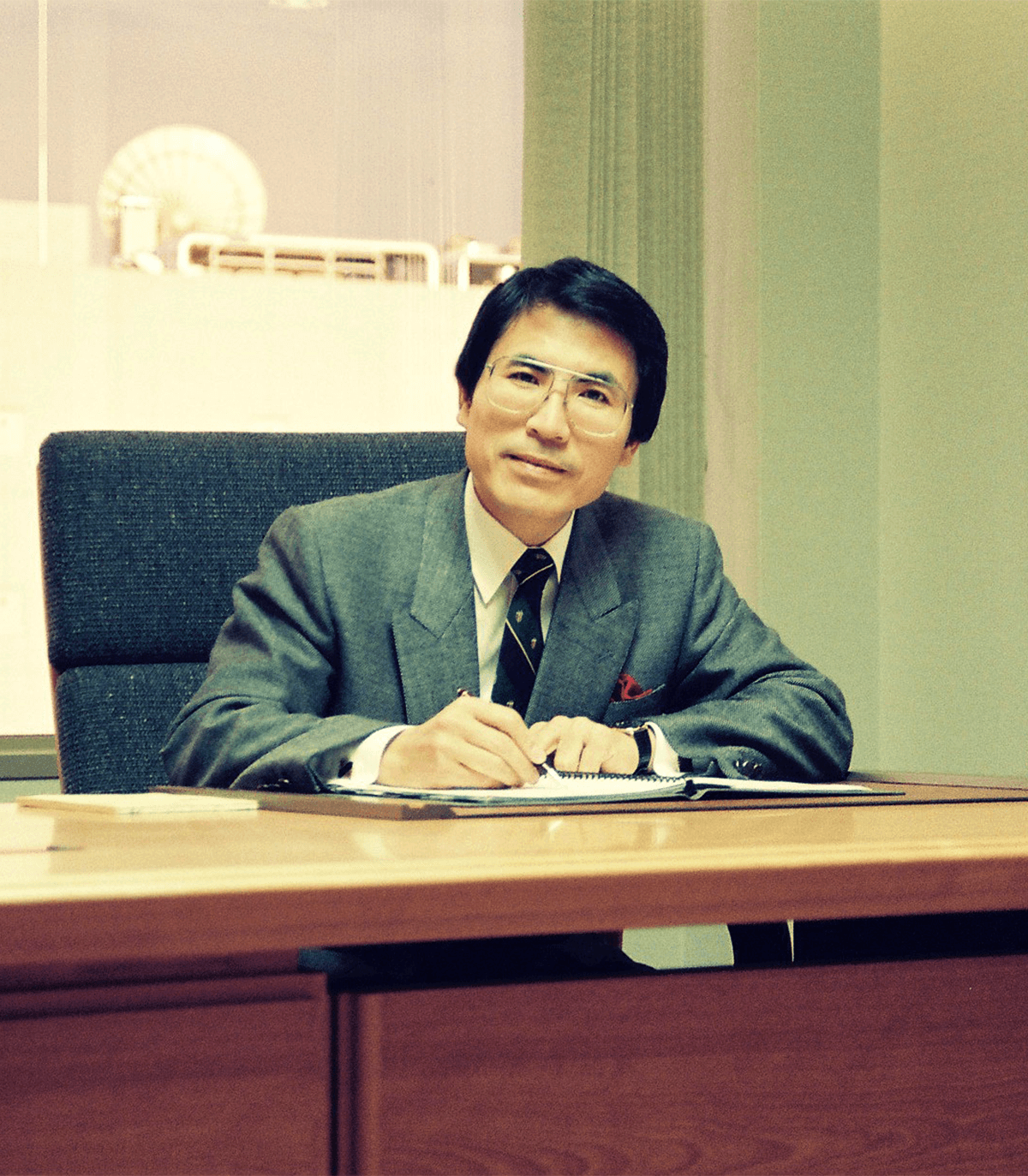 In light of rapid advances in the field of electronic devices, it was necessary to have a firm pillar to unite all the employees. Kamiyama (currently Macnica Inc.’s honorary chairman) established the principle of combining sales with technical prowess as the key to growth, and led the company as a compass for employees to follow. In addition, he believed in the power of youth over seniority and experience and devoted himself to nurture young engineers with a robust educational program. Starting in the 1980s, Kamiyama focused on developing its own products such programmable read-only memory (PROM) writers and microcomputer development support systems. The spirit of adding value through planning and handling cutting-edge products is alive at Macnica today.

With rapid growth in the semiconductor market spurred by the spread of word processors and personal computers, Macnica shifted its business focus to semiconductors and network-related products. While embracing the products of US start-ups, Macnica also developed its own products such as microcomputer development support systems. This was a turning point in Macnica’s journey toward becoming an industry leader.

Important events in the 1980s

Entry into the Ethernet market in 1982

Important events in the 1980s

Entry into the Ethernet market in 1982 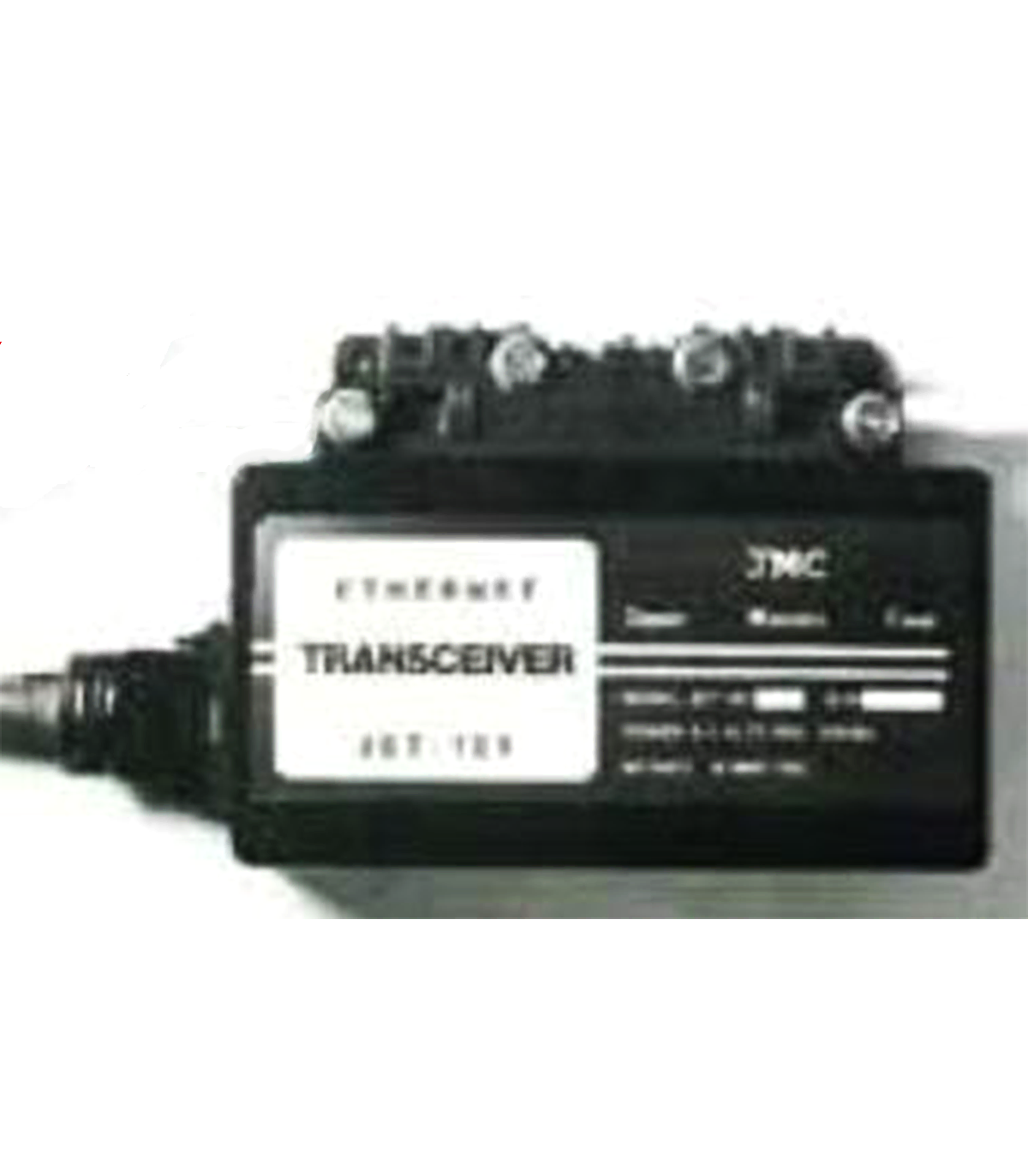 In 1982, standardization of Ethernet technology, the foundation of internet infrastructure today, caused significant changes in the world. Ethernet allowed connection between different types of devices at very high speeds at more than 1,000 times the speed of a telephone line at the time. Macnica was early to embrace this cutting edge technology, developing the JET101 series of Ethernet transceivers in 1983. Building on this expertise, Macnica was able to create a string of products and services that addressed the needs of users in the early days of the Internet. Furthermore, Macnica’s technical foundation became the driving force behind the company’s move into the cybersecurity arena, a new market to deal with the threat of cyberattacks beginning in the 2000s. By entering new fields of business ahead of others and accumulating expertise and know-how, Macnica established its characteristic of constantly working toward the next opportunity.

The 1990s: Leading the market with own branded products

As expansion of the Internet caused advances in its peripheral technologies, Macnica developed and sold its own products such as Local Area Network (LAN) cards and Small Computer System Interface (SCSI) cards that were very successful. In addition, the company expanded the range of distribution lines and technical capability through anticipating the growing demand for communications infrastructure and mobile terminals caused by the spread of mobile phones. 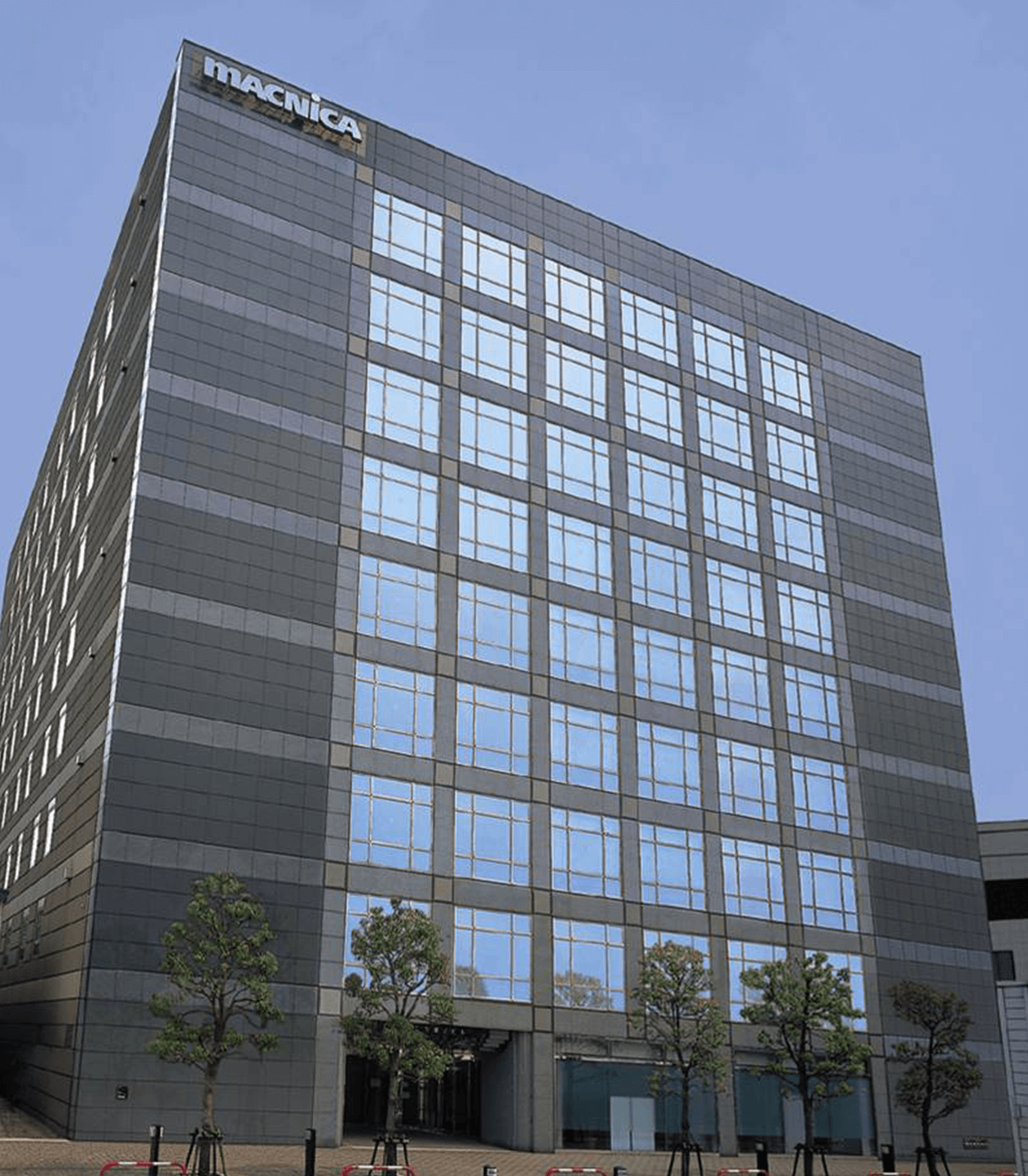 With the blossoming of the Internet and the consequent need for semiconductor devices, the semiconductor market entered a period of rapid growth. However, as overseas competition began to increase, starting with those from South Korea, it became necessary to establish a new style of business operations. Macnica shifted to a system of multiple internal companies and subsidiaries. By delegating authority to its internal companies and subsidiaries, Macnica accelerated decision-making process and expanded business with an approach that was highly responsive to changes in the marketplace.

Important events in the 1990s

Important events in the 1990s 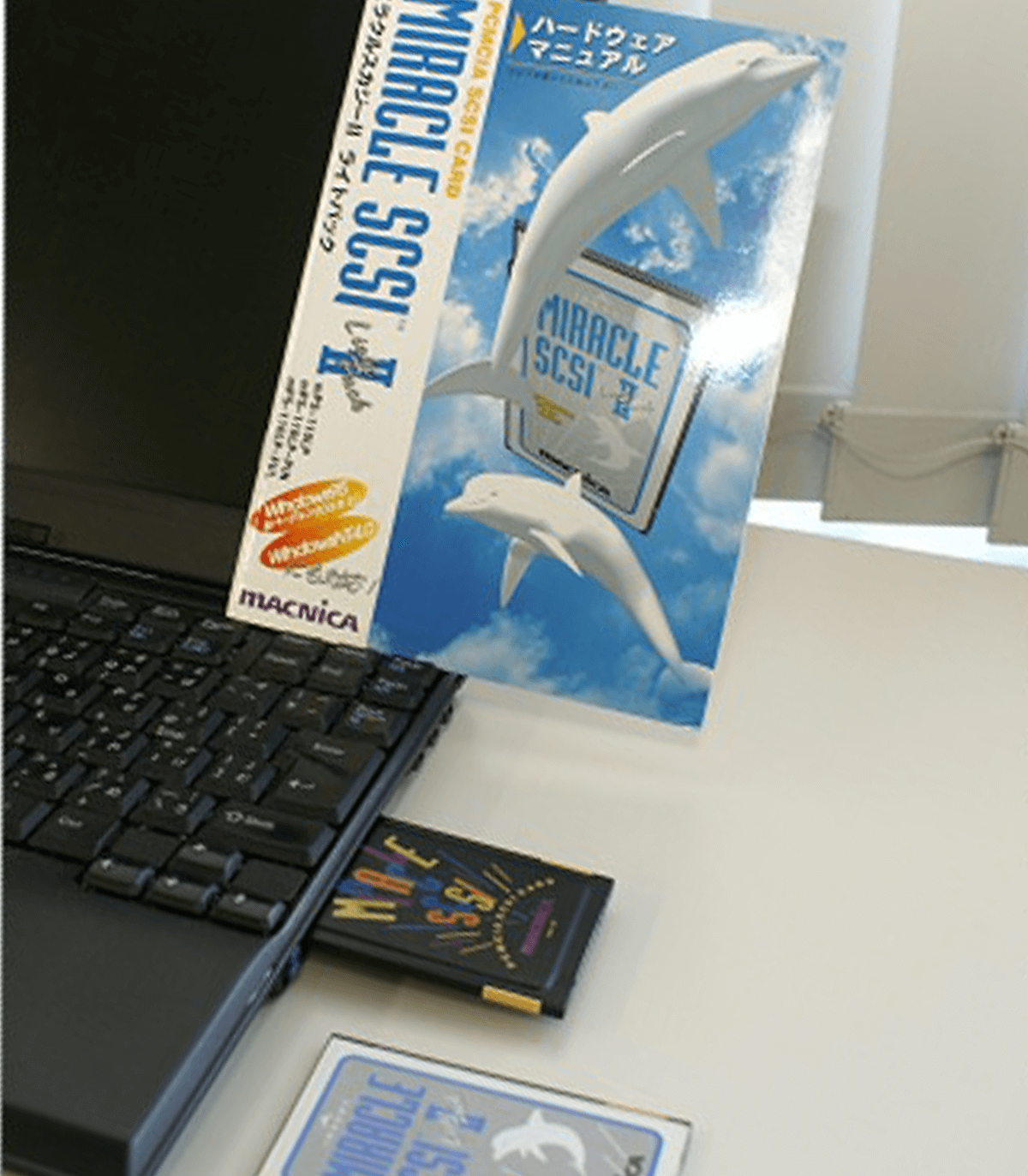 In the mid-1980s Macnica virtually withdrew from the semiconductor memory market when its DRAM sales accounted for nearly half of its revenues. When the Nikkei began to list DRAM in its commodity price section, DRAM prices began to fluctuate and Macnica assessed that DRAM would pose a risk to the company.
Immediately after exiting from the memory business, Macnica entered the network market with the Ethernet transceivers it had been developing. In 1993 Macnica launched the “ME-1” Personal Computer Memory Card International Association (PCMCIA) LAN card and SCSI cards, which became hit products.
A major decision that abandons past priorities can temporarily stress an organization. However, the act of thoroughly analyzing a business situation, thinking through strategies, and causing a paradigm shift is an expression of the fundamental spirit of business at Macnica. This corporate spirit must be preserved into the future, not only for its role in making major decisions for business transformations but also in daily work-life.

US operations established in California.

The 2000s: From hardships, a turn toward the world

Following the collapse of the dot-com bubble, global financial crisis, and downturn in the global economy, Macnica started looking for new areas of growth and began to strengthen itself organizationally. In semiconductors, Macnica expanded into vehicle, industrial equipment, and other applications. In IT networks, the company focused on information security. Macnica also began to expand aggressively overseas, starting in Asia.

Macnica became a publicly listed company on the Second Section of the Tokyo Stock Exchange.

Macnica was promoted to the First Section of the Tokyo Stock Exchange.

Macnica Building No. 1 was completed in Shin-Yokohama as its new head office.

Toward the age of “One Macnica”

Seeing difficulties caused by recession as an opportunity, Macnica has reignited the power of the group, increased profitability, and moved into new business areas.

Toward the age of “One Macnica”

Seeing difficulties caused by recession as an opportunity, Macnica has reignited the power of the group, increased profitability, and moved into new business areas. 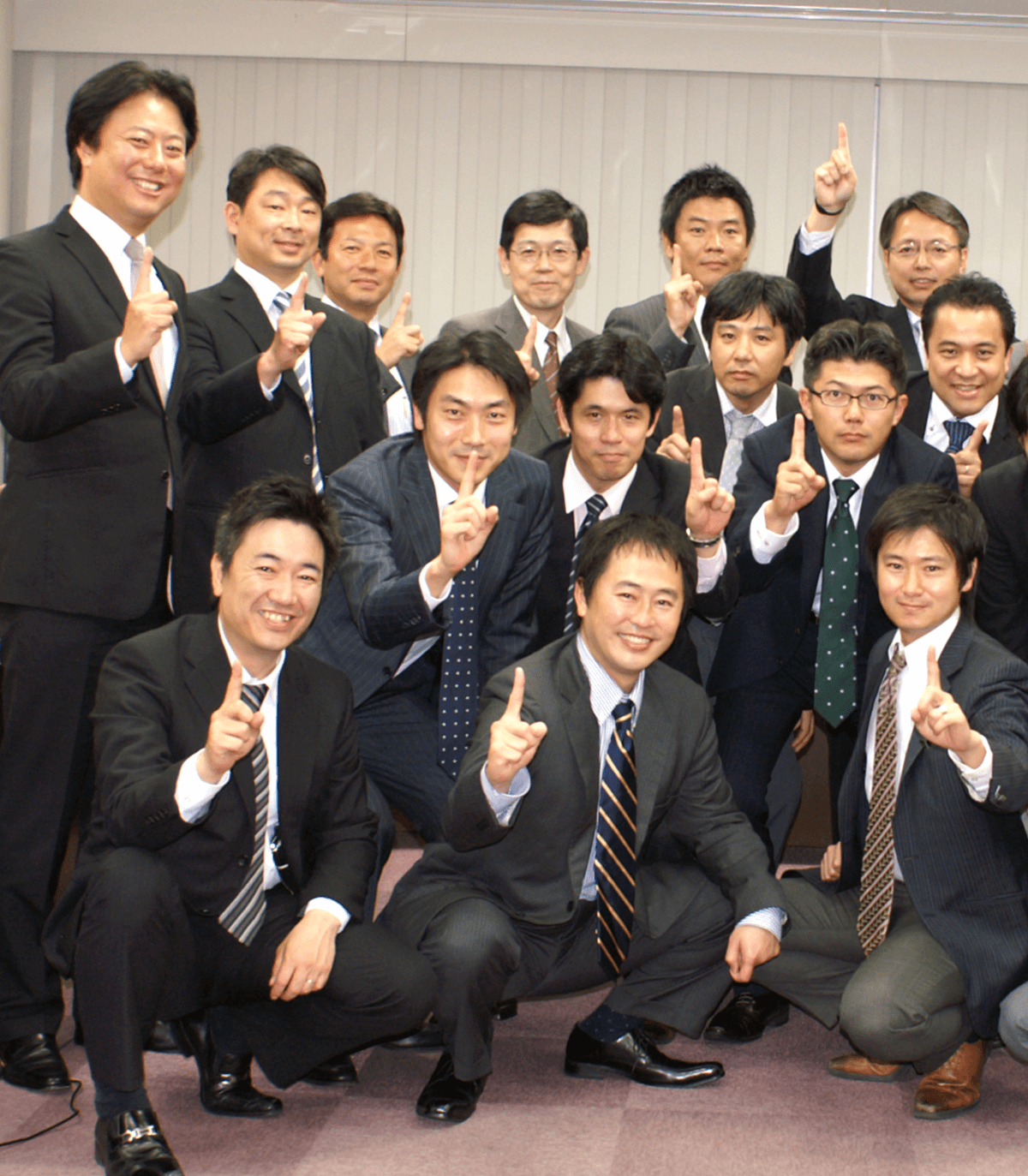 Business conditions deteriorated following the global financial crisis. Unlike in economic upswing, it became necessary to pursue efficiency to survive the challenging conditions. In response, Kiyoshi Nakashima (currently Macnica Inc.’s chairman and representative director), who led the company after managing two subsidiaries, raised the banner of reform. At that time, Macnica had built a dynamic company system of each company competing as a friendly rival. However, Macnica also faced a dilemma: it was hard to bring together know-how developed independently in disparate companies. Therefore, a reform was enacted on creating a system that crossed company boundaries and allowed sharing of information, technology, and know-how dispersed among different companies. The presidents of each of the internal companies gathered weekly to share information. It also launched the Macnica Business School to promote education focused on finance and marketing. As a result, earnings began to improve as barriers were removed and inter-company relationships shifted from rivalries to that of cooperation aimed at supporting the strength as a whole. These decisions later evolved into the Global One Macnica strategy aimed at further business expansion in the 2010’s through active pursuit of business integration and overseas expansion through acquisitions.

Important events in the 2000s

The 2008 Cytech acquisition and the spirit of trust

Important events in the 2000s

The 2008 Cytech acquisition and the spirit of trust 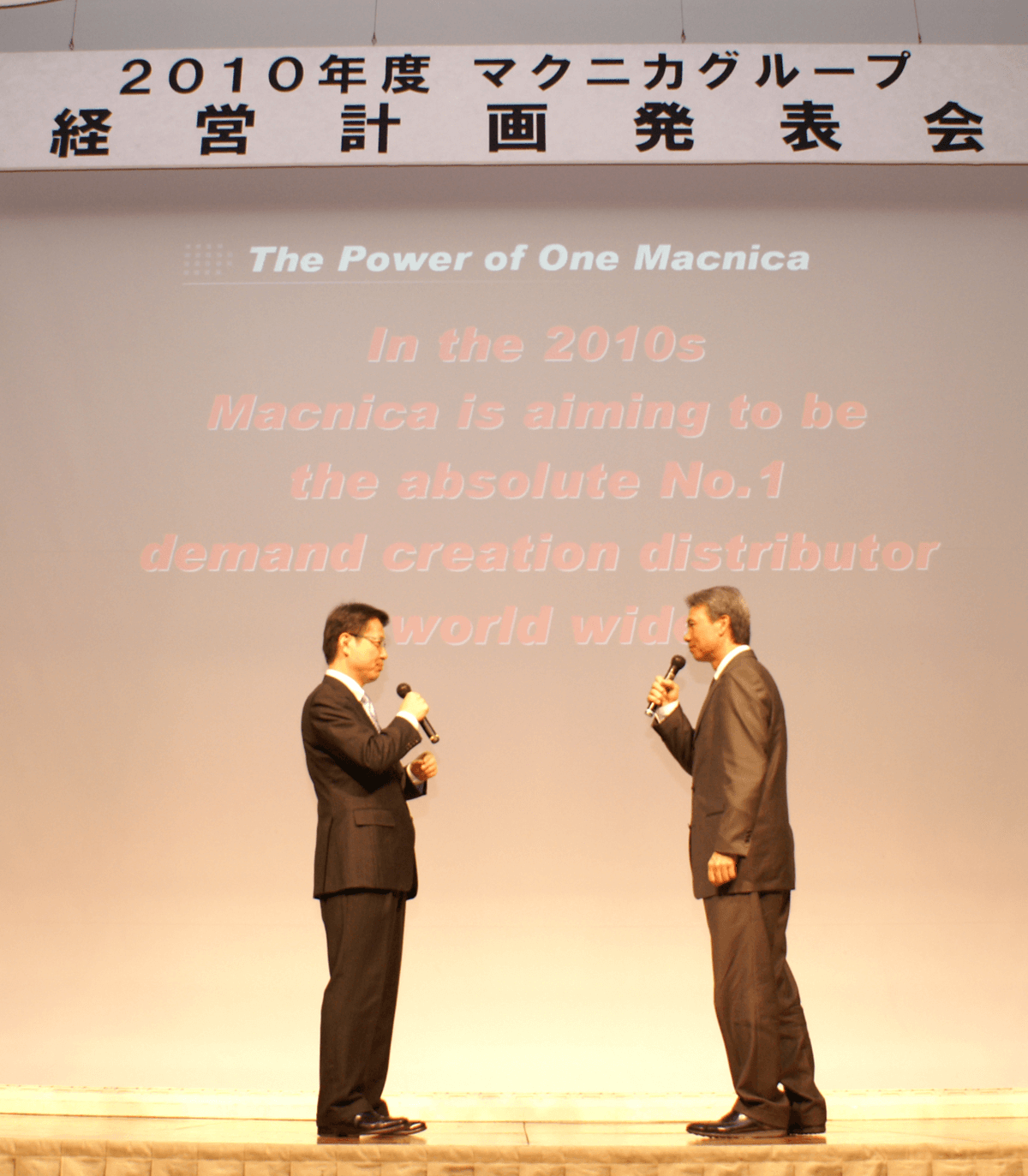 In 2008, when the impact of the global financial crisis started to affect earnings, Macnica undertook acquisitions overseas, starting with the acquisition of Cytech Technology Ltd. with operations in China and Hong Kong. The main motivation behind acquisitions was saving time and effort in securing talented people, accumulating know-how, establishing geographic operational bases, and building a customer base in local markets. Doing these things organically is expensive and time-consuming. Macnica determined that its entry into other Asian markets would have to be fast, and began acquisition efforts without hesitation. Macnica undertook overseas expansions despite difficult market conditions.
Sometimes acquisitions involve a company name change followed by forced restructuring, but business integration with external factors such as the company name could only expose and exacerbate the differences between two organizational cultures with the risk of causing psychological stress. Macnica proceeded delicately in order to achieve true integration. What epitomized this approach was the company’s emphasis on trust. By respecting the employees of acquired companies and trusting them to focus on their work, Macnica promoted the idea that a real team is one that runs in the same direction regardless of company’s barriers. It was fortunate that Macnica’s way of promoting an open, non-hierarchical corporate culture ultimately facilitated medium- to long-term M&A activities.

Macnica GmbH was established in Germany.

With the Fourth Industrial Revolution, digital transformation has penetrated rapidly even in industries not closely associated with information technology. Major changes are likely to occur not only in these industries but also in daily life. Macnica will bring together accumulated experience, technology, and its global human network to develop new business areas such as artificial intelligence (AI) coupled with the Internet of Things (IoT), service robots, and autonomous driving solutions.

Galaxy Far East Corporation in Taiwan was acquired through a public tender offer.

Dispersed logistics and program service functions were brought together and moved to Kanagawa-ku, Yokohama.

DHW in Brazil was acquired and became a subsidiary.

Business integration with Fuji Electronics in 2015

Business integration with Fuji Electronics in 2015 In 2015, Macnica integrated its businesses with Fuji Electronics, which had a proven track record in the field of industrial equipment. At first, some market observers said the two companies were like water and oil because of their differences in the areas of business, culture, and corporate structure. However, bringing together the strengths of both, the combined entities continued to work together on an equal footing with the sharing of responsibilities and benefits.

Using the respective corporate colors of the two companies, the “mF” logo combines the “m” of Macnica and the “F” of Fuji Electronics in a way to project the idea of upward growth. As the logo is meant to suggest, Macnica Fuji Electronics Holdings aims to continue to increase synergy and become a stronger group through mutual respect and trust.

Full-scale development of the AI business from 2017

Full-scale development of the AI business from 2017 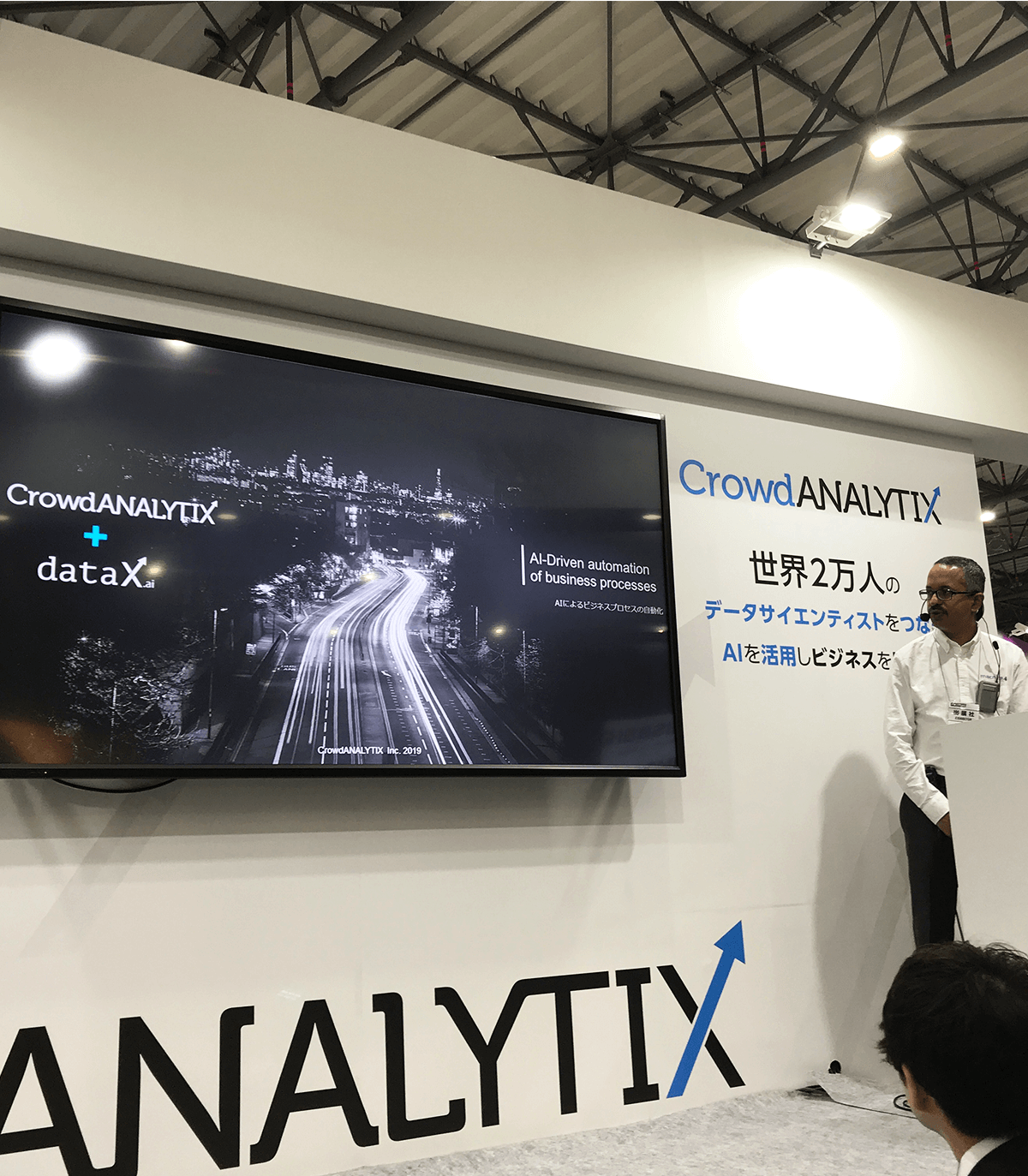 Starting in 2016 with the distribution of NVIDIA, a company attracting attention as a platform for enabling AI learning and implementation, Macnica began efforts to develop the AI business throughout all business divisions.

In 2017, Macnica began to combine the industrial Internet of Things (IIoT) and AI technologies for the manufacturing industries, launching full-scale efforts for smart factories as well as integrating sensors and AI in industrial equipment. At the same time, Macnica began efforts to develop in-house data scientists.

In 2018, Macnica began to focus also on “business AI,” an AI category aimed at improving white-collar productivity and increasing sales. In 2019, a significant equity investment was made into a core partner, CrowdANALYTIX. This added about 40 in-house data scientists to the mF Group and gave access to a community of over 20,000 data scientists managed by CrowdANALYTIX, increasing resources available for supporting AI business growth.

In addition to providing services that promote adoption of AI technologies at our corporate clients, AI is deployed to support development of new business areas, such as automated driving, smart infrastructure, and healthcare.

iSecurity in Taiwan was acquired and became a subsidiary

Altima Corporation and Kogent Inc. were merged and absorbed into Macnica.

Netpoleon Solutions Pte Ltd. in Singapore was acquired and became a subsidiary.

Elsena Inc. was merged and absorbed into Macnica.

Please also refer to this information.